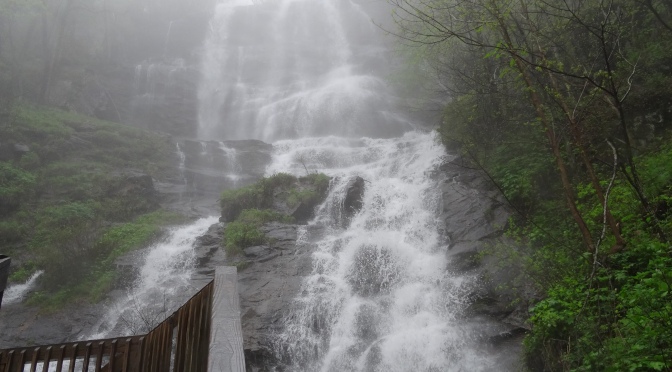 After spending a couple of months in Austin, Texas, I am preparing to embark on my journey.  I leave for Europe, Barcelona to be exact, this coming Sunday April 19th.

I love Austin, the food, entertainment, Town Lake, but I will not miss the traffic and the crazy drivers.  While I was there, I was able to spend some time with my older daughter, which is always nice.  Got to help her with her yard, and dropped in on some of our favorite restaurants.

I had a little extra time before heading to Europe so I stopped off to see my younger daughter in Atlanta, Ga., on my way to Miami, Fla., where I will board the Norwegian Epic for an eleven day cruise.  Had a great time there too.  Got in some hiking, poker, tennis, and an Atlanta Braves game.

Our hikes were at Sweetwater Creek State Park,

I had booked an Airbnb rental for my stay in Atlanta.  It is my first “Private Room” rental, and my hosts were great!  The location was perfect, Little Five Points area, as it was close to my daughter.

As I prepare to take off, I have a movie quote in my head.  It is from the movie Armageddon. Someone asks Owen Wilson how he feels as they are preparing for their voyage:

This is an exaggeration of how I feel, but I do have that “excited/scared” feeling as I have never been outside the USA other than a recent trip to Canada and Mexico.

Well, I guess it is that time, so until next time, bon voyage!

3 thoughts on “The Journey Is About To Begin”